This extraordinary animation by intersex activist and digital artist Dani Coyle depicts the metamorphosis of a sexual organ. Sex 3.0 explores the point in which the spectrum of biological sex becomes too ambiguous to be socially acceptable.

Intersex rights are often brushed under the carpet, even under the broader umbrella of LGBTQIA+ activism. Despite shocking statistics on the prevalence of depression, suicide and violence against the intersex community, the general public is barely aware of the existence of intersex people, let alone the issues the intersex community faces. This erasure, due to stigma and secrecy, reinforces toxic (and false!) cultural belief in binary genders. 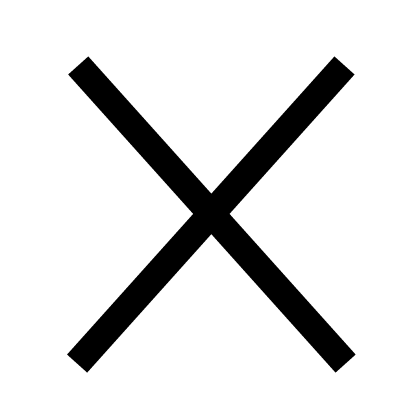 This video was recorded during a performance at a festival where a group of women gathered in a sheltered circle and, guided by artist Ellebasi Gebhardt, explored their vaginas by inserting a small camera that was connected to a live projection of the recording. Through this process the artist calls for a playful approach to public self-exploration, embedded in a supportive context of sisterhood. Creating high-spirited safe spaces for artistic enquiry of the body lies at the core of her immersive performance practice.

What you see here is one of the recordings of a journey towards the cervix of a woman who had given birth only a few months before.

Vulvaverstiy is dedicated to demystifying the vulva, making it visible and celebrating its diversity. The project clears up ideas of norms and wants to encourage people to throw overboard the shame regarding vulvas that has developed over many centuries. Vulvaversity wants to dispel the myth of the invisible, hairless and girlish vulva, as it is idealized in pornography in particular.

The motto is: take a really close look! And the goal: to show how the vulva really is, diverse and varied, in all its colors and shapes.

Plazenta Baum (placenta tree) is a skillfully processed and preserved placenta that celebrates the miraculous beauty of life-giving and life itself. With her vision of making it resemble a tree, installation and performance artist Ellebasi Gebhardt worked on the uterus organ straight after a close friend’s birth, in order to avoid drying out processes or having to freeze it, which could have easily made the intricate nourishing body break. Carefully tainting its veins and arteries in different colours to show the inner flow to and from the fetus, the piece breathes the divine rhythm of life.

The images used in the background of this page stem from the German edition of the book A New View of a Woman’s Body. First published in 1981, this fully illustrated guide by the federation of feminist women’s health centers shows how similar the insights, methods and challenges that the first wave feminism used and encountered in the 70s and 80s are in fact very similar to the themes we address with this project today - and that are thankfully now also circulating in the more mainstream public sphere. We seek to encourage careful observation and curious self-examination in order to demystify gynecological realms and create a self-determined relationship to one’s own body, as well as a culture of respect and care for the bodies of others. 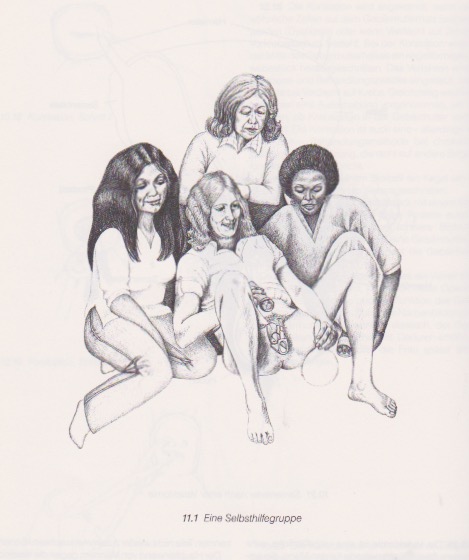